Helping schools and communities in the Solomon Islands

You are here: Home / News / Helping schools and communities in the Solomon Islands
PreviousNext
1234567

Av-Comm has had a long relationship with the people of the Solomon Islands since we started working with Solomon Telekom and Telekom Television in 1996 and provided the first two television transmitters for the country, which provided the Solomon Islanders with with coverage of the ABC and BBC. Since then we have made efforts to support the local communities, especially local schools which often go without sufficient government funding to support the continued education of children.

In October 2015, Garry Cratt and Michael Cratt made a donation of a water tank after noticing that the school’s opening hours were restricted as there was no fresh water for the children to drink throughout the day. This meant that students and teachers were often forced to go home early due to a lack of water despite their need to continue teaching and learning.

On our most recent trip to the Solomon Islands for our continuing regional television distribution project, we were able to revisit the Fishing Village School in Honiara for the opening of the water tank for use on Thursday 21 January 2016. The water tank was installed by local community members and it is hoped that the water tank will offer the students and their teachers the opportunity to maintain regular school hours for the success of future generations in the Solomon Islands.

In this same visit, Garry and Michael offered donations of 100 reams of writing paper, dictionaries and storybooks for the children to use in class, having previously learned that the children were often left without paper to write and draw on. 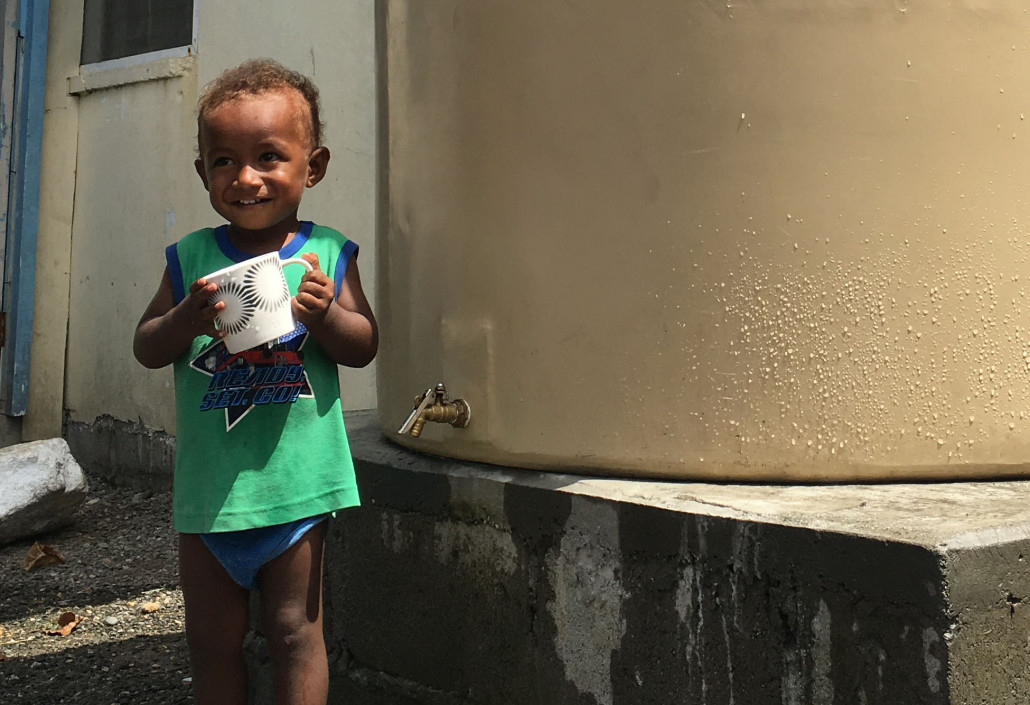