You are here: Home / Garry Cratt Represents the ABC in Japan & Korea
PreviousNext
12

In November 2014 Av-Comm’s Technical Director Garry Cratt was asked to represent the Australian Broadcasting Corporation to provide technical assistance to several Japanese and Korean broadcasters to simplify the migration from the Australia Network to Australia Plus.

The role required Garry to travel to Tokyo and Seoul and meet with several of the ABC’s affiliates and their customers and provide expert advice on how to best source Australia Plus and advise on redeploying their existing satellite infrastructure to facilitate reception of Australia Plus.

The Australia Plus service utilises a network of affiliate broadcasters to distribute the channel throughout Asia. The ABC’s affiliates utilise a combination of cable and IPTV technology to reach their customers significantly increasing the number of people who have access to Australia Plus. There is a move away from the previous methodology of the Australia Network where the direct to home (DTH) model of distribution was adopted.

Av-Comm would like to thank the Australian Broadcasting Corporation for opportunity to work with them on this assignment and look forward to further strengthening our relationship over the coming months and years. 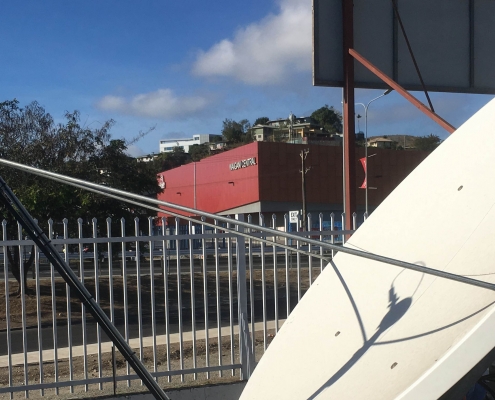