What is a Solar Outage? Why does it impact Satcoms?

You are here: Home / News / What is a Solar Outage? Why does it impact Satcoms?

A solar outage can last for up to 10 minutes depending on the size of the satellite dish you are using and your location on the earth. Once the sun has moved from behind the satellite, the satellite decoder or modem can reacquire the signal from the satellite restoring the service.

Sometimes the satellite decoder or modem may need to be rebooted after the solar outage to restore the service.

The exact time a Solar Outage will impact reception of each satellite depending on your location on earth and can be precisely calculated and will vary slightly each day as the equinox approaches and passes.

We have found the solar outage calculator at the website below to be simple and accurate with the advantage of providing prediction in local time and GMT.

A sample of the information available: 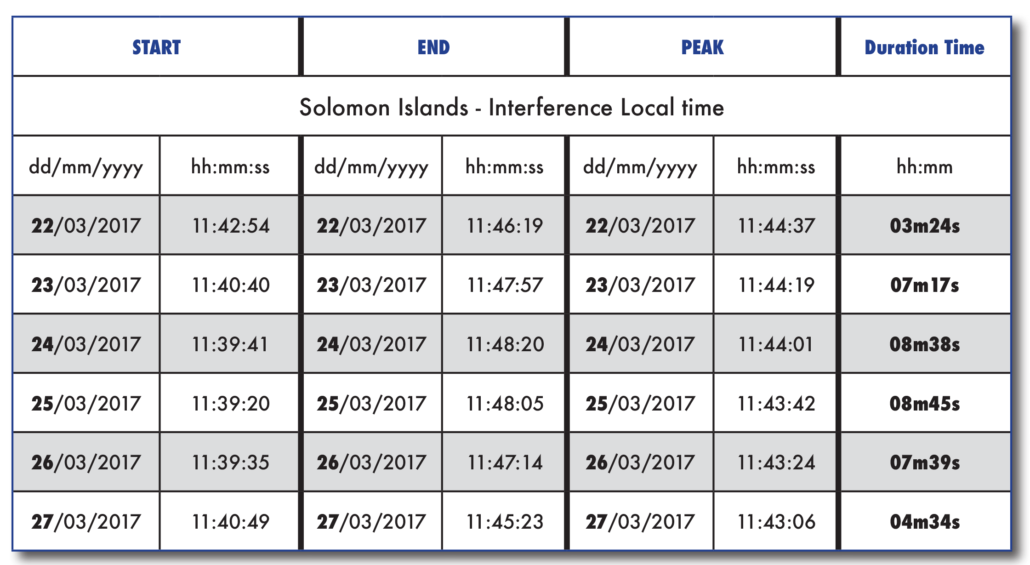 Av-Comm Awarded a Multi-Antenna Contract to Upgrade the Australian Bureau of...