Blog - Latest News
You are here: Home / News / SpaceX to Attempt the First Recoverable Landing of the Falcon 9 Rocket 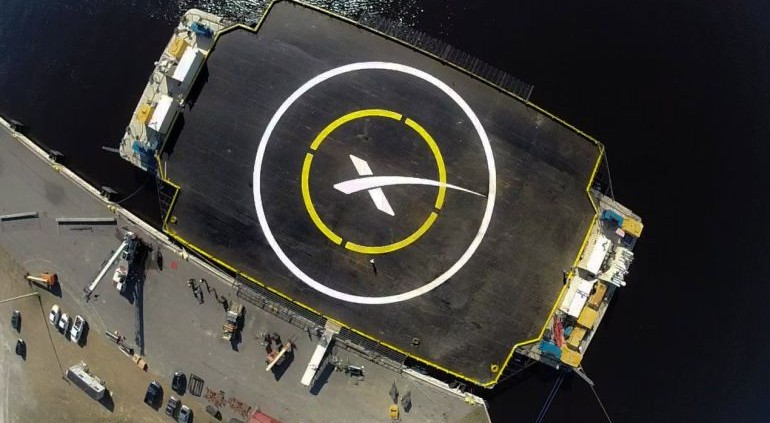 Elon Musk’s SpaceX program has set itself an ambitious goal, one that could potentially change the way we think about space exploration: successfully landing and reusing a rocket.

Beginning in December, the team at SpaceX will test possibly their most ambitious project to date: they will attempt to land a Falcon 9 rocket that has recently supplied cargo to the ISS, on an autonomous floating landing platform in the ocean.

The launch of this resupply mission, the CRS-5 Dragon, is tentatively stated by both SpaceX and NASA to be December 16, with landing sometime after that.

The level of maneuverability required to perform this feat that was once considered implausible is made possible by landing legs spanning 20 metres, and hypersonic grid fins which will assist with stabilising the rocket.

The landing platform itself measures 90 metres by 50 metres, and uses GPS guidance plus four thrusters designed for oil rigs, which help to keep its position within three metres, depending on weather. Hopefully in the future, this platform will also be used to launch and refuel rockets.

The potential implications a successful landing could have on humanity’s goals of space exploration are exponential: it will make space flight cheaper and far, far more practical. Up until now, rockets were left to burn up, creating space junk and pollution, as well as being a huge waste of resources. Reusable rockets are the first step to the types of space flight envisioned by science fiction authors for decades, and are the next step in further and more efficient space expeditions.