The completion of the 2015 Rugby World Cup brings to a close another exciting live sport project for Av-Comm and Telekom Television (TTV). This year’s Rugby World Cup saw TTV negotiate direct access to the high definition satellite distribution feeds providing TTV with full access to every minute of live action.

The Solomon Islands national rugby team took part in the qualifying tournaments for the 2015 Rugby World Cup, signalling the growing popularity of the sport on a national scale. With popularity of the team and the sport rising across the islands the broadcasting of the Rugby World Cup matches motivates both youth and adult participation in team sports, building community ties and values of Wontok, and encouraging a healthy lifestyle for all.

In preparation for the 2015 Rugby World Cup, TTV recently completed an upgrade of their MCR allowing them to simultaneously broadcast analogue and digital broadcasts in standard definition and high definition, respectively. TTV’s recent MCR upgrade also allowed them to broadcast sponsor advertisements in high definition on the company’s latest digital television channel Super Sport HD. This is a significant milestone for TTV as it becomes one of the leading broadcasters in the Pacific. 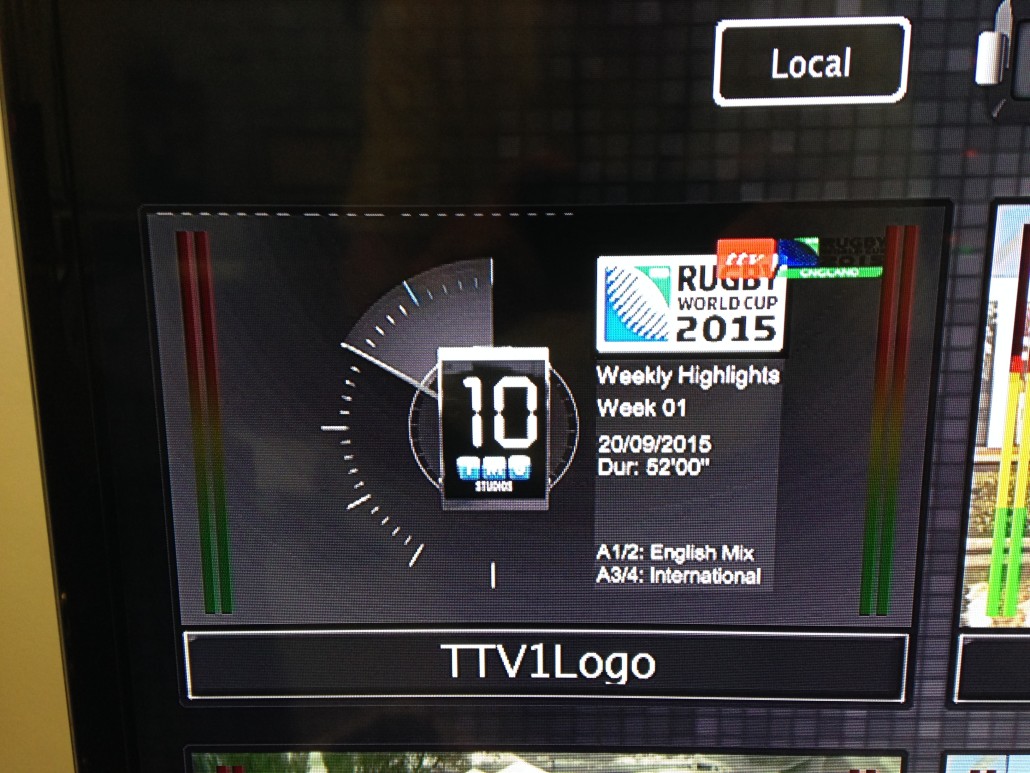